The shack is where most Amateur radio operators spend their time. In my case, and my Wife will attest, a large portion of my time. This is a view into my world.

This is where I plan to list the research projects I am working on. I have a variety of related interests listed below:

I am a “native” New Mexican arriving in Albuquerque the year the Beatles came to the United States. I have connections dating from Elementary School to the present where I am an Engineer at a local company. I began my career in the aerospace industry (as a College co-op student) working on the Atlas Centaur rocket (General Dynamics), the Galileo space probe (TRW). After receiving my BSEE from New Mexico State University (NMSU) in 1982,  I started at Texas Instruments as an Integrated Circuit Design Engineer where I designed 10 or so members of the 74HCxx logic family integrated circuits. I left TI, later, at went to National Semiconductors where I was a product Engineer responsible for the COPs 4-bit NMOS microcontroller product line. I decided to return to my roots in New Mexico, in 1985, where I took a position with Signetics/Philips, as a Yield Engineer, and worked in various positions (Integrated Circuit Designer), Digital and Mixed Signal Test Engineer all at Signetics/Philips. I finally ended up at a local company, in Albuquerque, as a Software Engineer. I like to say I can design from “Silicon to Software”. My QTH is in the Uptown area of Albuquerque where, with the love of my life, my Wife Lisa, I garden, experiment with Electronics, and am living the dream. I’ve held a license in the amateur radio service since the 1990’s and, I am a licensed Extra Class Amateur Radio Operator. My interests include math, Physics, circuits and systems, mixed and digital IC testing, transmission line theory, RF, signal processing, Windows and Linux application programming, and gardening to name a few. Geez, I’m not sure what I want to be when I group up! I’m (slowly) moving my expertise into DSP and SDR combined with embedded systems (FPGAs/Zynq)? probably the next evolution).

My Cushcraft R-9, shown here, is my main antenna. 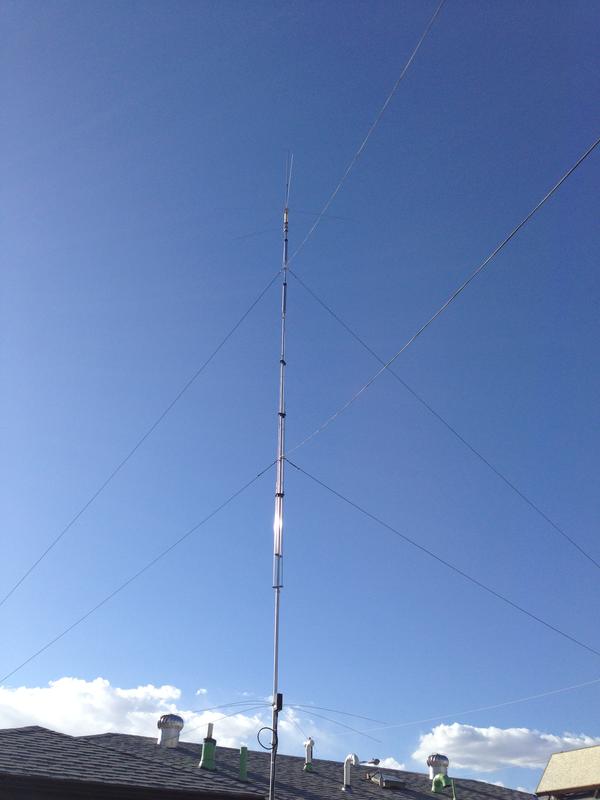 My shack has an assortment of Kenwood, Yeasu, and Alinco gear. I have two electronic work benches for my many projects, shown below. The work bench, pictured to the right, is my primary Amateur radio control point. The work bench, on the left (not visible), contains an assortment of power supplies, spectrum analyzers, AWG’s and other lab gear. I have been working towards a comfortable electronics environment all of my working career. 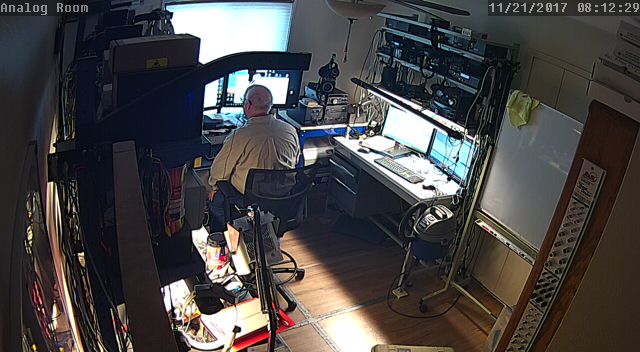 Discovering My Wife Was in the Midst of a Stroke My Wife and I are in love with one in other and our life together was that of two newlyweds that adore each other. I never thought my wife would have a major medical event, and figured, if either of us did, it would be …

END_OF_DOCUMENT_TOKEN_TO_BE_REPLACED

I’ve been experimenting with the Cortex M-series of ARM Micro-controllers for many years. I the beginning, it was curiosity of the ARM architecture when compared with the (Microchip) PIC architecture that made think about my platform of choice. I started with Microchip’s PIC architecture years before, was impressed with the variety of devices in the …

END_OF_DOCUMENT_TOKEN_TO_BE_REPLACED

I’m going to start a new blog category called “SPICE”, and sub-category called “LTSPICE” to share some of my experiences with the computer program, SPICE, which is an acronym for Simulation Program with Integrated Circuit Emphasis. I use SPICE periodically as my tool of choice to model, simulate, and validation of circuits I am learning …